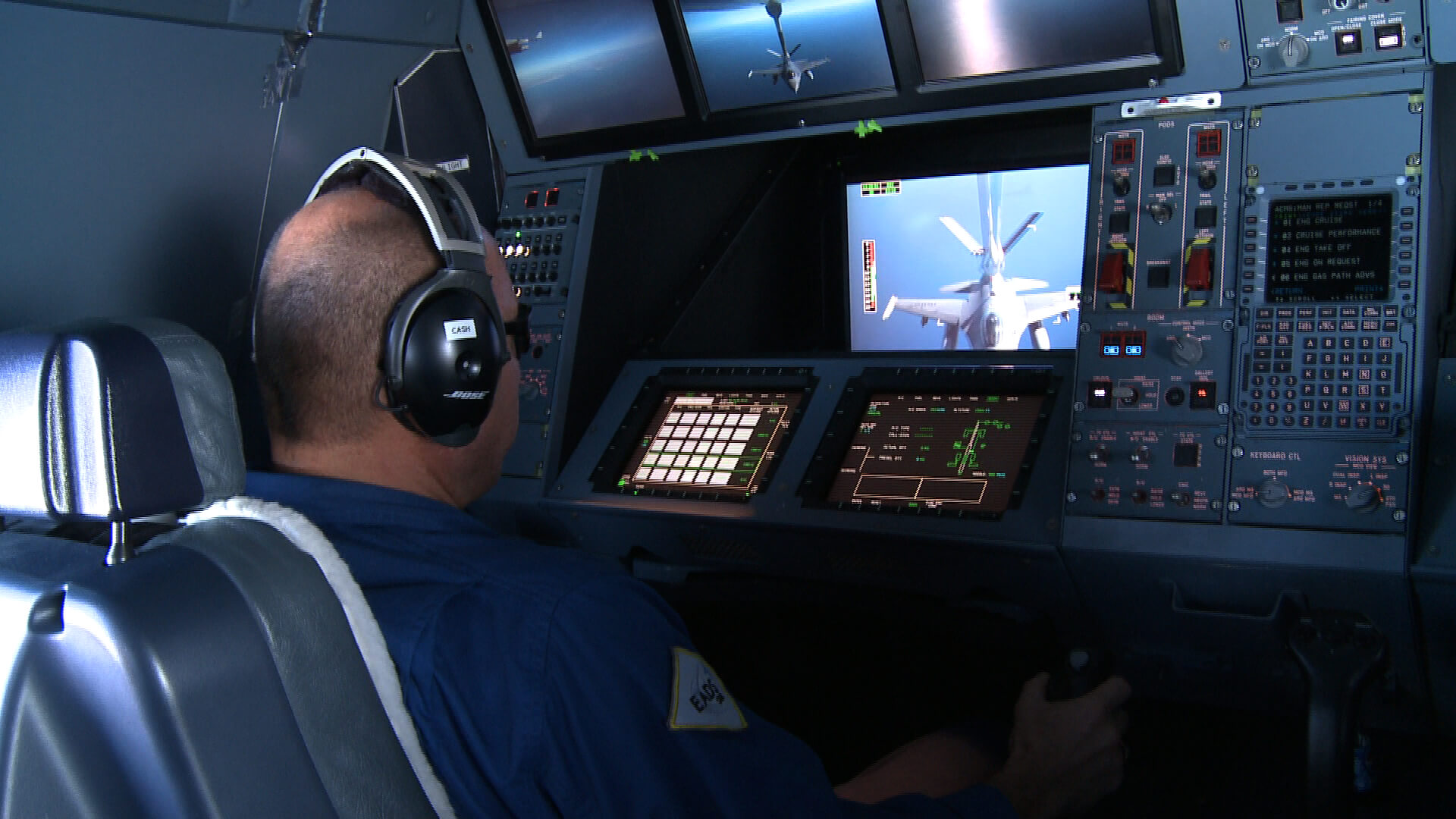 Kappa Vision System for A330 MRTT

The most modern tanker aircraft on the world market relies on Kappa camera systems. Kappa has developed the vision system for the A330 MRTT in cooperation with Airbus Defence & Space (formerly Airbus Military). The tank boom in particular is highly sophisticated and has the highest throughput of up to 4,500 l/min.

The vision system consists of logically separated subsystems. The main system provides a 3D view of the tank boom contact area with two separate optical channels, each full HD. This view is the operator's main tool, the central video management unit superimposes displays of all relevant data of the tank operation here. A second system provides a panoramic view composed of image data from 3 cameras with 240°-330° viewing angles, ensuring overview of all operations in 24/7 operation with vision systems for day/night vision and covert operations. Another pair of cameras, with pan, tilt and zoom capabilities, tracks tank operations at the drogues. The systems are partially redundant with each other, ensuring safe operations even in the event of a failure.

Aerial refueling has been used for military purposes for 60 years. It enables strategic air surveillance over long distances and fast transports to any point on Earth. Technically, aerial refueling is a very complicated and dangerous maneuver. The docking of two aircraft in motion requires constant visual surveillance. Modern large tanker aircraft have, in addition to the widely used systems of probe and drogue, a refueling boom that pumps far more fuel.

The tank boom is operated by an operator (boomer) who must have a clear view of the tank boom and the contact zone at all times. Only the latest generations of large tankers use electronic cameras exclusively to visually monitor the refueling process. The operator now sits at a console behind the cockpit and controls the tank boom using live images from the cameras. The cameras and all the components of the visual system that process the image data, right up to the monitor, are therefore safety-relevant and are subject to approval procedures. Upgrade for tanker aircraft Airbus A330 MRTT (Multi-Role Tanker Transport)  to improve its in-flight refueling operations, even at night. Kappa optronics has developed an innovative panorama solution for the proven Boom Enhanced Vision System. It encompasses vision systems for day and night vision and ergonomics are significantly improved.

Kappa optronics receives the Best-in Class supplier award for its innovation activities on the A330 MRTT Boom Enhanced Vision System. The award winners had been selected from more than 10.000 AIRBUS suppliers. Thank you AIRBUS for the great recognition!